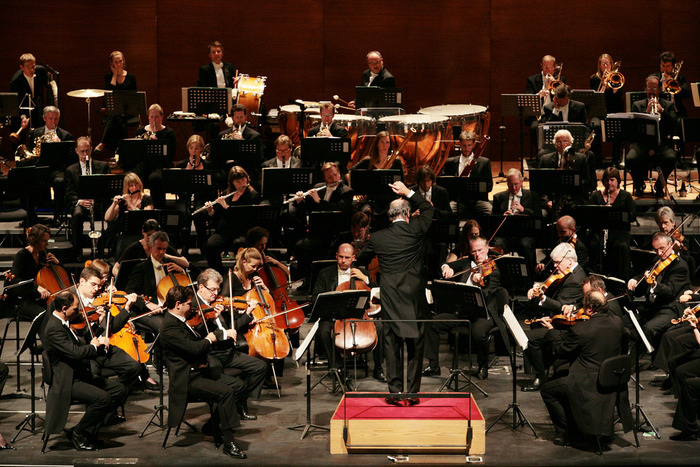 Let’s be honest, music today doesn’t hold a candle to styles of the past. As such, it’s no surprise that classical music is as prevalent and pertinent in our culture as it is in the current age, appearing in mediums across the pop culture spectrum. No modern day musician is going to be able to come close to the genius of such virtuoso’s as Beethoven or Bach – the sounds they inspired in contemporary classical musicians and composers bringing great joy to a great many people. Listening to our favourite pieces and movements at home is of course a wonderful thing, and is how we mostly consume this sublime genre of music – especially for those of us who now require the use of indoor stairlifts. However, there is nothing quite like being there in person, and as such, it’s a great blessing that our capital city is so replete with marvellous venues in which to frequent. And while some of us might not be able to get around as well as we used to, there are anumber of music halls that are indeed accessible to all, allowing all who wish to take in a concert. So, to help those who desire to hear some incredible performances in person, we’ve put together this handy guide to London’s accessible classical music venues – letting you know where to go and how they cater to those with mobility issues. 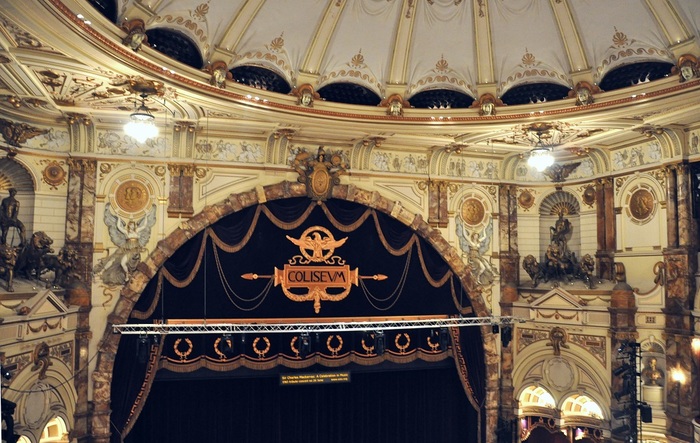 With its 2,359-seat auditorium, this grand music hall, built in 1904 (restored in 2004), the London Coliseum is a historic building and a stunning venue to enjoy an evening of opera. The home of English National Opera (ENO), audiences can enjoy phenomenal performances set to some incredible classical music. All works at the London Coliseum are performed in English and a full list of past and present opera performances can be viewed on their website – including the likes of ‘The Turn of the Screw’ and Mozart’s ‘The Marriage of Figaro’. London Coliseum is an accessible venue for those with mobility issues, with the staff working to support patrons in every way they can. London Coliseum is able to offer dedicated spaces forthose in wheelchairs throughout the auditorium, transfer seats for those who can be moved from their wheelchairs, accessible toilets on four of the five levels, and two lifts for access to most levels of the auditorium and to all bars and restaurants. 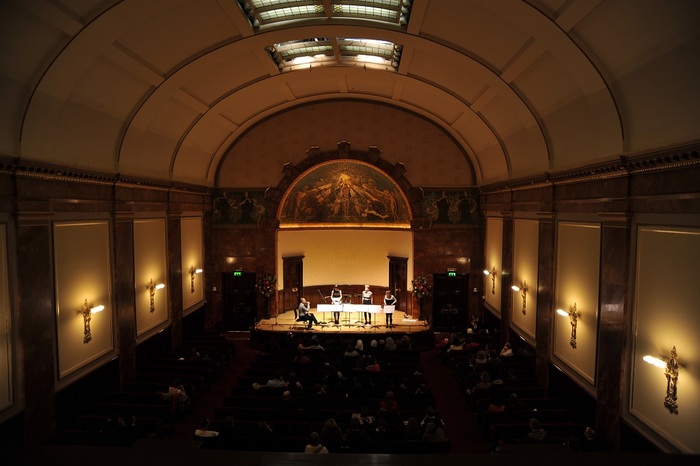 Wigmore Hall, located on the street of the same name, was built in 1901 for the express use of German company Bechstein Pianos and as a result was seized during WWI as property of the enemy. Today, however, Wigmore Hall is a space renowned for its perfect acoustics and being one of the world’s top music venues – hosting around 400 events per year. Favouring the classical and romantic genres, guests can enjoy music from some incredible string quartets, pianists performing the likes of Chopin and Schumann, and duos bringing the music of legendary composer Johannes Brahms to the British capital. In terms of accessibility, Wigmore Hall has an award-winning commitment to venue access, offering visitors wheelchairaccess across the ground floor, level access into the auditorium, and lift access to the restaurant and lower ground floor facilities. Wheelchair spaces in the auditorium are even available with a 30% discount for those who have joined Wigmore Hall’s Access List. 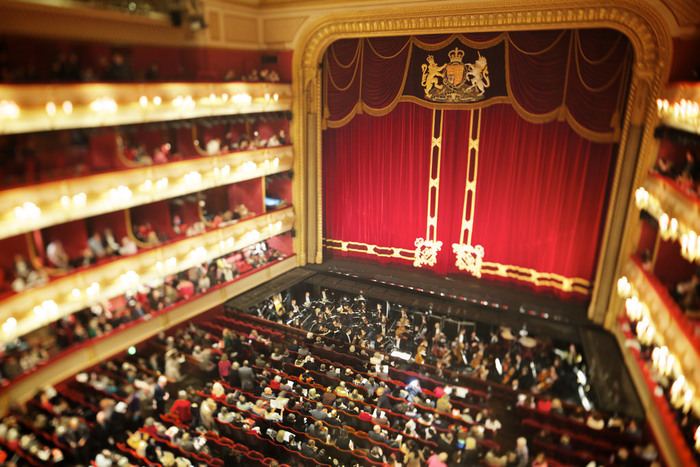 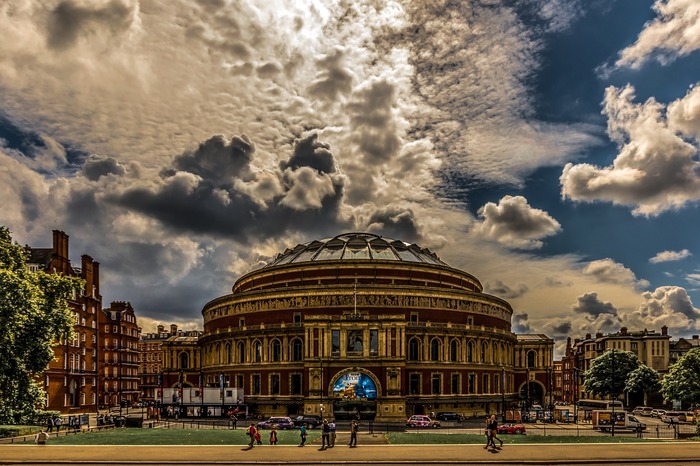 Constructed to be a memorial to Queen Victoria’s husband in 1871, the Royal Albert Hall is one of the world’s most recognised music venues and has been the home of the (now) BBC Proms since 1941. Its massive rotunda is known across the globe and with the history and architecture on display, it makes for an incredibly enjoyable venue to enjoy a spot of classical music. Boasting an impressive collection of shows throughout the year, including the likes of the Film Music Gala – showcasing all-time favourite scores from Hollywood blockbusters such as Back to the Future, Star Wars, and Dr Zhivago – as a result, there is boundless classical music entertainment to enjoy. The Royal Albert Hall is incredibly accessible and able to offer two tickets for the price of one for those who require an assistant companion, assisted hearing facilities, wheelchairs, accessible toilets on four floors, lifts, as well as accessible restaurants, bars, and parking. 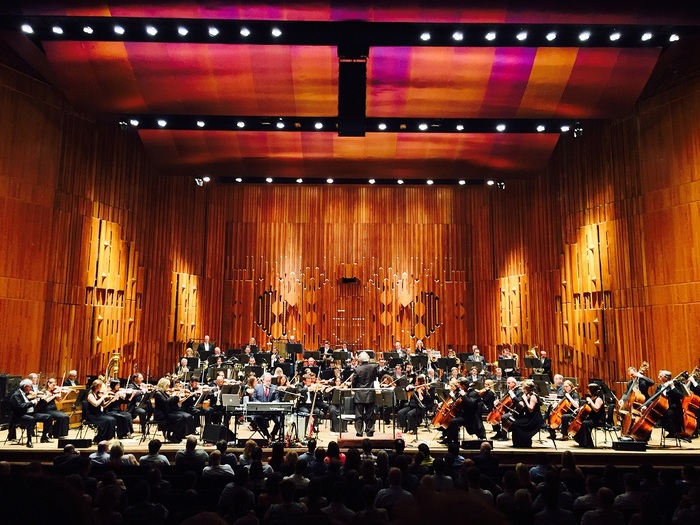 Home to the London Symphony Orchestra, Barbican is a collection of multi-purpose performing arts venues, and one of London’s most significant cultural hubs. Barbican Hall is one of the county’s finest auditoriums with a capacity of up to 1,943 people. Classical music lovers can look forward to an incredibly enjoyable evening with the London Symphony Orchestra, which claims to be the world’s most-recorded orchestra. With soul-stirring performances of works from composers such as Berlioz, Bernstein, and Mahler, including the latter’s final symphony (never heard while he was alive), there is a great deal to enjoy for those passionate about the genre. Barbican Hall is also avenue which all can enjoy, having spaces for wheelchair users, allowance of assistance dogs in the concert hall (you can also leave your dog with a member of the cloak room staff), hard of hearing facilities, accessible toilets throughout the venue, accessible parking, and various benefits afforded to those with Barbican’s Access Membership – designed to help visitors with access requirements. 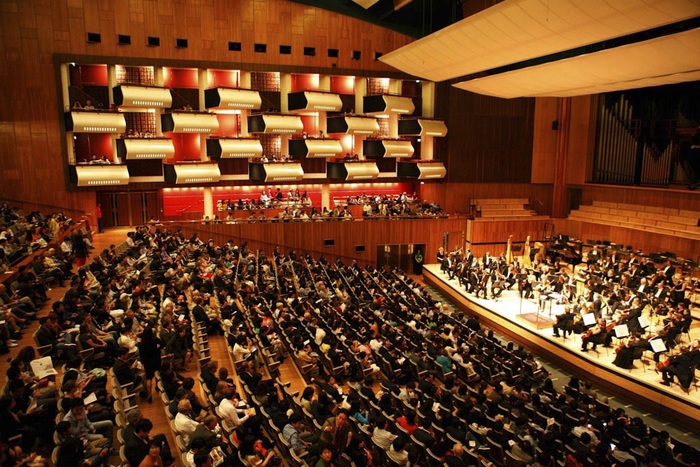 Opening its doors in 1951 as part of the Festival of Britain, the Royal Festival Hall is a Grade I listed building and a world leading performance venue. With a capacity of 2500, Royal Festival Hall is an impressive space, and classical music lovers have an awful lot to look forward to. For example, in their 2018/19 classical season, there are close to 200 concerts scheduled, with highlights including two performances from Andris Nelsons and the Gewandhausorchester Leipzig, and the first UK performances of Stockhausen’s Donnerstag aus Licht since 1985. Be sure to take a look at the What’s On page of the hall’s website to discover more, including concerts from the London Philharmonic Orchestra. The Royal Festival Hall works hard to make its venue asaccessible as possible, with its ticket offices, toilets, performance space, and cafes/restaurants accessible to all. With Blue Badge parking also available, accessible toilets, assistance for the blind, and wheelchairs on hand for visitors, the Royal Festival Hall puts itself right alongside London’s best accessible classical music venues.

20 May 2022Handicare is Supporting the Live Longer Better Revolution!Handicare has agreed a two-year sponsorship of Living Longer Better, an online course to help older ...Read more
10 May 2022Tips for coping after a traumatic eventDealing with a traumatic event can have a huge impact on your life, no matter the severity. It can o ...Read more
06 May 2022Tips for helping special needs children change schools Starting a new school can be scary for a special needs child but in this guide, we offer advice for ...Read more